Adblock Radio belongs to the family of next-generation ad blockers, so called "perceptual" as they consider content in the same way humans do. Perceptual ad blockers are a recent area of research. In this article I give more details about them and describe the next steps of the cat and mouse game between ad companies and ad blockers.

On web, the classic way to block ads is to look at the source code of the pages and filter out requests that match an entry in the so-called filter lists. Some publishers, including Facebook, have fought this by obfuscating the content of their pages.

This has made some academic researchers from Princeton and Stanford build a new approach to filter ads, that looks at the rendered pages, in the same way our eyes do. From their 2017 paper, their perceptual ad blocker relies "on the key insight that ads are legally required to be clearly recognizable by humans" (source). It analyses web pages as images, identifies boxes and runs OCR on text to identify ads.

In this area of research, we should also note those recent and interesting initiatives: "Sentinel", by eyeo/Adblock Plus and "Percival", by academics and Brave researchers.

A quick heads-up on how Adblock Radio works

The first module runs machine learning algorithms that analyze the texture of audio. Is it speech over music and jingles ? Does it use acoustic compression to catch the ear ? Ads change quite often, but these patterns are almost universal, so that most new ads are caught by this filter, requiring limited maintenance.

Some of the ads get through, because they sound similar to actual content (music or plain speech). For those, here comes the second module. Adblock Radio crowdsources a database of ads and feeds a Shazam-like algorithm to detect what remains from the first filter.

The popularization of perceptual ad blockers will put advertisers under pressure

Next steps in the cat and mouse game

Assuming that perceptual ad blockers will be able to hold back the ad business as we currently know it, I think media of the future will split in two groups:

Ad blockers are not a solution, they are merely a counter power for users that are tired of ads. The real solution will be to find other ways to fund the media we consume. I support businesses in this domain, such as Flattr, Brave, Blendle and Pressmium. In the mediaAdblock Radio has received recent press and social media coverage: Hacker News (#1) and Reddit (r/technology)Vice / Motherboard – interview to explain why Adblock Radio is useful to 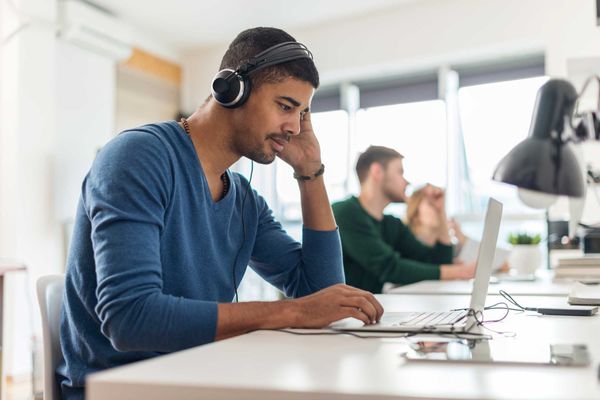 Have you noticed that in Adblock Radio player, there is a button to tell that the filter did not behave as expected? The ability to learn is one of the